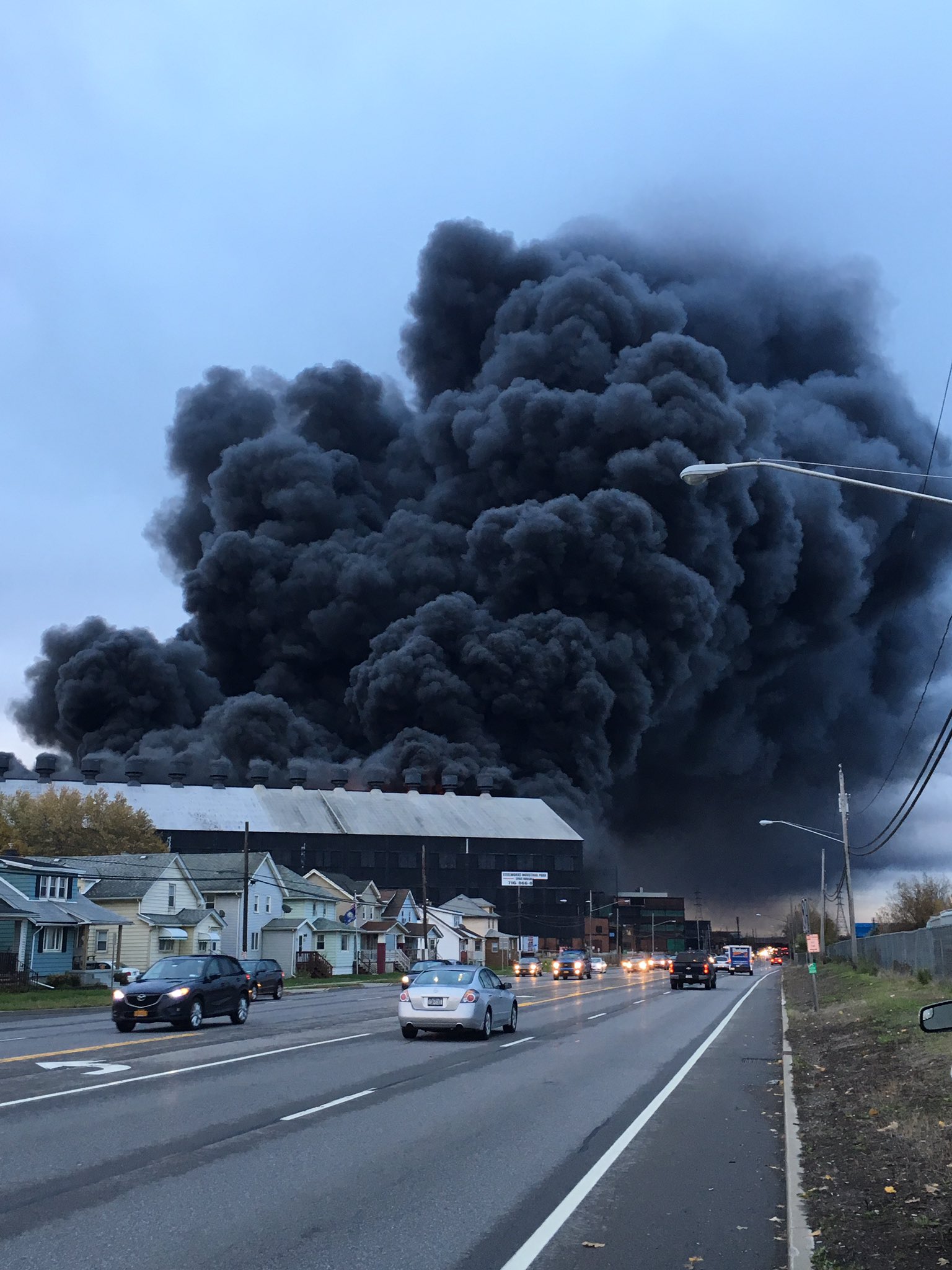 A fire has engulfed in a storage building at the former Bethlehem Steel plant in Lackawanna, New York.

Neighbors said the building is used for a storage business and contains items including cars, boats and personal watercraft.

A worker said the fire started about7 am. He said everyone got out of the former Bethlehem Steel building. pic.twitter.com/1cKnCSCMiI

BREAKING: Massive fire has broken out in #Lackawanna at the former Bethlehem Steel site off of Route 5. https://t.co/P0u8JwWH0b pic.twitter.com/NUUXTtVmQj

“This thing is massive,” a fire official said over the scanner.

Lackawanna fire officials have asked for a haz mat team from Buffalo to respond to the scene, according to radio traffic.

2 mile stretch of inbound Route 5 now closed from Lake Avenue to Ridge Road due to the fire at the former Bethlehem Steel plant pic.twitter.com/2J8duHTgDH