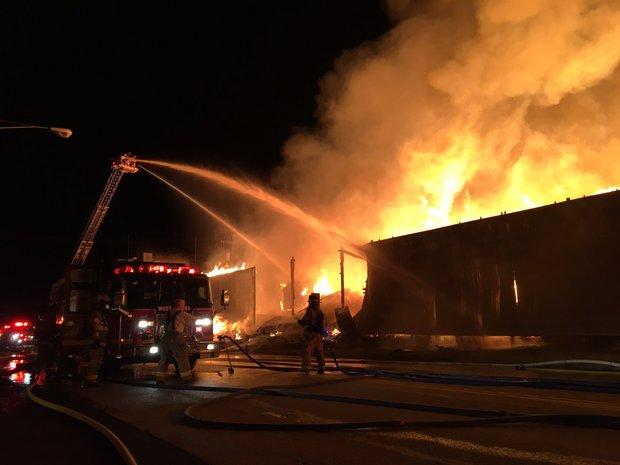 (PennLive.com) Emergency crews have responded to a building fire at Lafferty and Co. Inc. lumber yard at 1100 Hummel Ave. in Lemoyne.

A PennLive photographer near the scene reported seeing large flames shooting from the building.

Follow updates via tweets of PennLive reporters and photographers and others who are on the scene:

Fire still not in control in Lemoyne. @PennLive pic.twitter.com/hlw0Ac4EIn

The craziest fire I’ve ever seen is raging in Lemoyne. pic.twitter.com/mZ85WWO96N

Fire out of control at Lafferty Lumbering Lemoyne @PennLive pic.twitter.com/P0ScMcgpG2

Inferno in Lemoyne warehouse is on fire. @Pennlive pic.twitter.com/EoWmEb3ft0