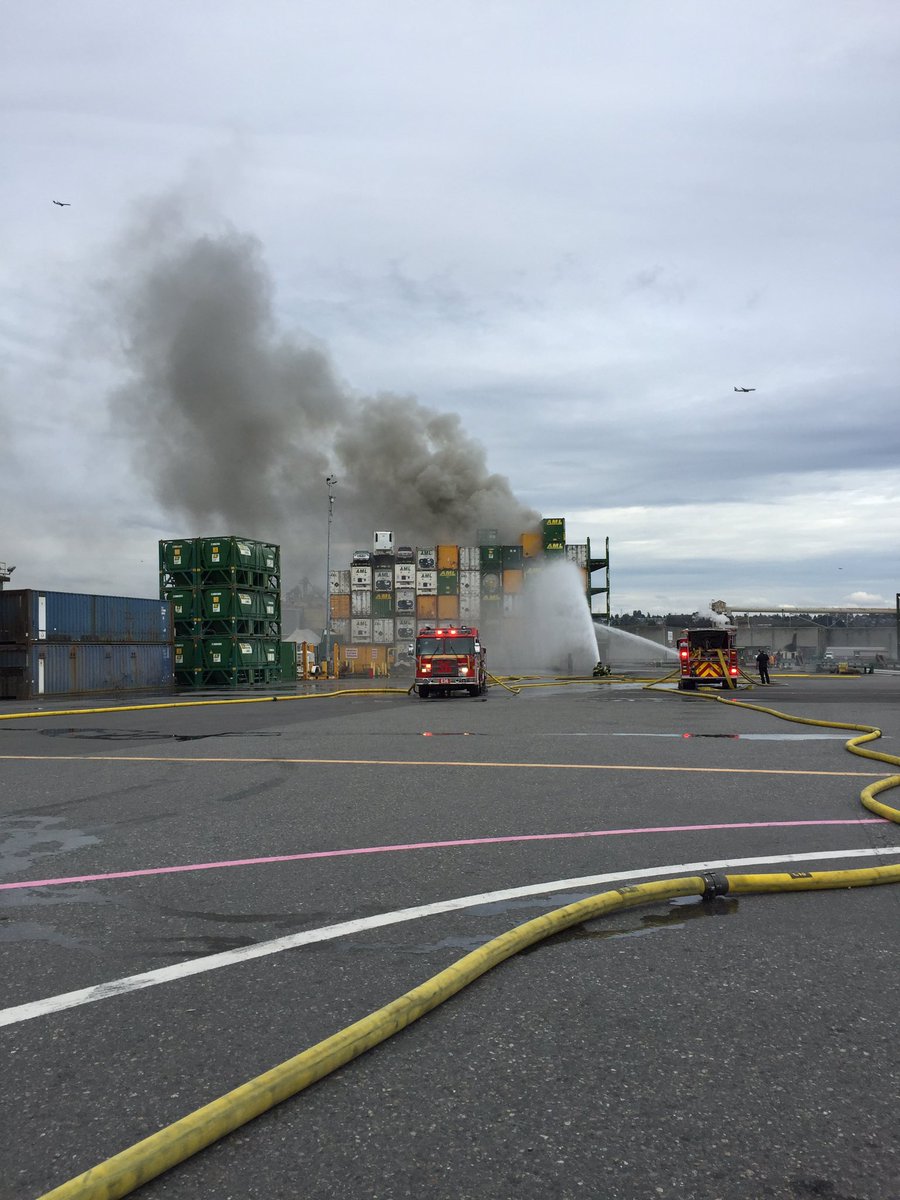 SEATTLE (KOMO-TV) – A fire that broke out on a barge full of shipping containers on the Duwamish Waterway near West Seattle on Monday was caused by rotting garbage inside one of those containers, according to fire investigators.

“We’re cooling down tanks that we think, that might be a problem,” said Seattle Fire Lieutenant Harold Webb. “Our units are making a quick aggressive attack on this fire.”

A ladder truck is in position to attack the flames from above in this stack of burning shipping containers #komonews pic.twitter.com/RVQmkI9Mhe

About half the Seattle Fire Department was called in to help battle the blaze and keep it from spreading to other containers.

Once the fire was knocked down, port workers moved in with a crane to pull the shipping containers apart and investigators were able to determine the source of the fire.

Lots of engines and hoses on scene for a fire at Alaska Marine Lines on W Marginal Way #komonews pic.twitter.com/w2a3zbQmYe

The Coast Guard was also called in to monitor for any chemicals or fuel that could potentially leak into the waterway. The Coast Guard later said there was no water pollution from the fire. However, reports indicated firefighting foam had collected in the river causing issues for small watercraft.

There is so much firefighting foam on the Duwamish right now that small boats are having trouble navigating. pic.twitter.com/I15FQQJTY3