Warehouse fire under control; Firefighters to remain on scene all day 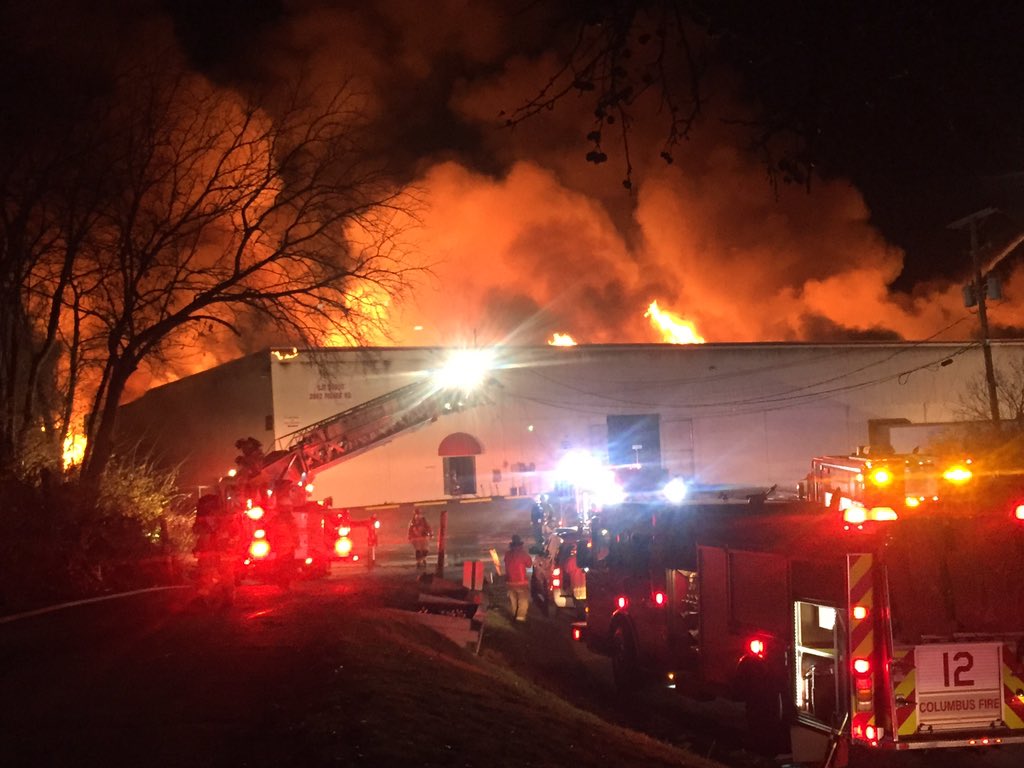 COLUMBUS (WCMH) â€“ Firefighters have contained a fire at a west side warehouse, but say it will still be hours before it is completely out.

More than two-dozen fire trucks and 75 firefighters were sent to help fight the fire. Just after 4 a.m., firefighters said the roof of the building was in danger of collapse, forcing crews to leave the building.

Firefighters on the scene say that they are having problems getting enough water to put on the fire.

Source: Warehouse fire under control; Firefighters to remain on scene all day | NBC4i.com